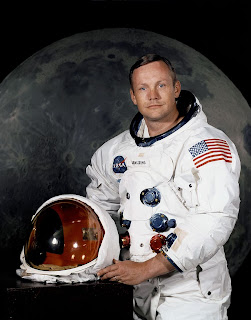 I can only hope that some of those hoping to "lead the free world" will remember the emotions they felt when Neil Armstrong showed how America really led the world, and then realise that their current approach isn't working. But I expect to be disappointed.
Posted by Les Bell at 5:28 PM No comments:

Googling My Life Away

I'm a big advocate for privacy, but I've recently begun to understand the temptation to trade it for convenience in a digital lifestyle. My family gave me a Google Nexus 7 tablet for my birthday, and I've been seduced by its convenience.

I'd been using Google Apps for a while anyway, as part of a strategy to switch away from my own mail and calendar servers, which were becoming increasingly expensive and time-consuming to maintain; the Nexus tablet seemed to offer easy integration with that, as well as the University email, etc. However, within a couple of days, I'd become an app junkie, having installed Evernote, the Kindle app and Drop box to give me access to my work files over coffee. Next came the Wikipedia app, followed by emulations of my favourite HP calculators.

What impressed me most, though, were the mapping applications integrated into the system. Sitting at home, I can hit the microphone icon in the Google search bar and say "Navigate to Macquarie University", and within seconds, I've got comprehensive directions. If I set out following them, the Nexus 7 will provide voice prompts and a continuously-updated display, only getting into trouble if I deviate from the suggested route - being wi-fi-only, it is unable to update its maps and speech prompts, although it still seems to provide correct left/right arrow prompts on-screen. And of course, its "Local" app can provide listings for nearby cafés, restaurants, pubs, ATM's, etc. - all very convenient. But to do this, Google needs to know where I am. Should I worry?

To analyse this, we have to tease apart several notions which contribute to, and partially compose, the concept of "privacy". First, there's essence of Google. I tend to the idea that my privacy is compromised when another person knows something about me which I do not want them to know. In this sense, Google is not a person - it's just a cloud of servers which are continually processing data on my behalf - email, appointments, my web searches and now my whereabouts. No person is watching, and my privacy - so far - is no more compromised than it is when anyone glances in my direction as I pass them in the street.

Of course, if someone wants to track my movements, there's now a central point where they can look. Google - the corporation - obviously is interested in directing targeted advertisements towards me; I've never been particularly concerned about that for two reasons. One, I rarely see advertisements anyway, thanks to AdBlock Plus (and I never paid much attention to them anyway when I did), and two, I used to work in the direct marketing and advertising business and actually see the benefit of targeted ads that are more likely to be of interest, compared to the shotgun blast of scattered general media advertising.

The more important question is whether anyone else can get access to 'my' 'private' data. At this point, the obvious candidates are government agencies; Google being a US corporation, it is most likely to open my kimono in response to requests under US laws like the PATRIOT Act. But then, I've always assumed that everything I send over the Internet is intercepted and processed in various ways anyway, and it's never bothered me. I do use encryption as routine - I use SSH when logging into my own servers, for example, and a VPN tunnel from my laptop back to the office - but that's to secure against independent hackers and not for privacy.

Coming back to the notion of privacy as an unauthorised disclosure of information about one person to another person - in this case, the information being disclosed is my location. To me, that's not particularly sensitive; most of the time, I'm exactly where anyone who knows me would expect me to be: sitting at one of my desks in front of a computer. If I ever do want to cloak myself in secrecy, I can just turn off GPS or turn the device off altogether.

The other seductive aspect of the Nexus 7 (and its Galaxy Nexus phone cousin) is the ability to tie together various accounts and services, such as Gmail, Google+, Google contacts, etc. I wrote the bulk of this article on the Nexus tablet, and when I post it, it will quite possibly be linked to my Google+ account, might well have my location attached, and so on. But this isn't an issue of privacy - I'm publishing the article, making it public, and I have sufficient control over what's disclosed.

So, all in all, I'm surrendering to the temptation and letting Google into my life. I don't think I'm in danger of being reduced to a carefully-monitored profile, but if I do, I'll let the world know about it.
Posted by Les Bell at 1:22 PM No comments: